As the World Turns

Capricorn, the sign which Jupiter, Saturn and Pluto (even Mars at the moment)  is an earth sign. It is about how we manage the earth, our home. It can be about the uses of resources for personal or corporate gain and it can be about the sustainability of life, for the Good of All. Here is a quote from an article that speaks most intelligently about the global crisis we are so painfully aware of. To my mind it speaks directly to the cusp of Capricorn and Aquarius (where all the above mentioned planets will come soon). It’s long, readable and worth your attention:

A life initiation begins with a crisis that dissolves what you knew and what you were. From the rubble         of the ensuing collapse, a new self is born into a new world.
Societies can also undergo initiation. That is what climate change poses to the present global           civilization. It is not a mere “problem” that we can solve from the currently dominant worldview and its solution set, but asks us to inhabit a new Story of the People and a new (and ancient) relationship to the rest of life. – Charles Eisenstein, Extinction and the revolution of Love.

February 18
Sun enters Pisces: 11:56 PM EST
We are one, we are many. So says Pisces in its obscure way. “I am you and you are me and we are all together. It’s complicated.  Sometimes this interconnectedness feels cosmic and mystical. When it comes to the spread of viruses, however, it seems frightening and overwhelming. Both are true. You can’t really have one without the other. That’s why ultimately, Pisces is about compassion. As the wheel of 2020 turns we are each and every one meant to hear the cries of the world. Then what?
As the Sun journeys through Pisces it will sextile Uranus, Mars, Jupiter, Saturn and Pluto. It will conjunct Mercury and then Neptune. (See below for specific dates.)  Sextiles encourage us to make the effort that is worth making. So many in one month say it loud and clear. Do what you do and think about the ripples that will spread out from your efforts, across the waters. Conjunctions are times of transition, endings and beginnings, in this case for the soul of nature that gives life to the universe.  It’s time for an infusion of soul` We sure could use that.

February 20
Jupiter sextile Neptune
Jupiter is the old ruler of Pisces, Neptune is the more modern one. Together they show us the two sides of faith – Jupiter the religious side, Neptune the mystical. Working together as they are today could be seen as an opportunity to lift our assumptions up by infusing them with the simple and profound realization that all sentient beings want to be happy. Avoid the temptation to treat your opinions as if they are commandments from God on High. Truth is a slippery fish. We trust the kind that comes from the heart or the gut. What’s true, may be true for all but the expression of it is always unique.

February 21
Mars trine Uranus, square Chiron
There’s an astrological ‘thing’ going on between innovation (Uranus) and wisdom (Chiron): change for the sake of change and change that acknowledges the rights of all living things. We see this everywhere. Maybe we applaud and support the ones on the front lines. Each of us is trying to navigate the connection between chaos and compassion. Makes your head spin. It scares us unless, until we understand that we, each and every one of us, has the mandate to innovate in these times of great change and that each of us is also deserving of compassion, not more or less than anyone else.

February 22
Sun sextile Uranus
Given that we are in fact the change we want to see, today is an excellent day to reach into your compassionate heart and do something for the earth, the planet, your body or someone else. Given the backdrop of a waning moon and Mercury retrograde it doesn’t have to be big but it just might feed the soul. Maybe, if we could really know, we would see that it isn’t my soul, or yours. There is just one soul and we each have a connection to it, both unique and collective.

February 23
New Moon: 4 degrees of Pisces: 10:32 AM EST
Venus square Jupiter
New Moons encourage us to make intentions. Intentions are not like wishes. They do not grow into realities on account of good luck or fairy godmothers. Intentions are more akin to commitments. We all know the futility of New Year’s resolutions. There is a sweet spot at the new Moon. A sense that we can plant the seed and it may grow. There are so many factors we can’t control. But the one factor we can is our intention. Two weeks hence, at the Full Moon we can see if it takes or not.
Whatever you’re up to it’s not a day to ‘shoot the moon’. Manic enthusiasm is about as misguided as it gets.

February 24
Sun sextile Mars
Strength is something we all can muster even if it looks quite different in each of us. Some of us can lift 300 lb. Others manage 3 and it’s still about strength. It’s relative. Respect strengths in yourself as well as others, cultivate their uniqueness and use each and every one the best you can. We’re here in this life for a short time as individuals but our contributions live on through each other.

Mercury retrograde conjunct the Sun 20:44 (6*of Pisces)
At the midpoint of Mercury’s retrograde journey some of us have the capacity to be still and listen for the messenger’s message. We fear the spread of contagion to be sure, but there are other feelings, besides fear that are longing to spread among humans; gentler feelings but nonetheless powerful if we allow them voice. Let the still, small voice which Pisces offers, whisper in your year or your heart as Mercury shifts from the setting side of the Sun to the rising.

February 26 – 28
Mercury retrograde sextile Mars and Uranus
Mercury continues to reach out and touch other planets; today Mars, Friday Uranus. If you felt the messenger yesterday you might consider combining that with any intentions you made at the New Moon. As the Moon waxes she calls us to participate in the dance of life.

February 28
Venus square Pluto
Avoid jumping the queue. You might be better off at the back of the line till you’re sure what’s happening at the front.

February 29
Leap Year
There are many rituals and superstitions about this day. None of them are astrological. It’s a convention, mathematical in nature, that allows the calendar to work, year after year. Even so it may be a day to leap into something completely new and upside down from what you’re used to.

March 3
Venus square Saturn
Respect every obstacle, if only for today. There are limits to matter. And there is also some truth to the notion: ‘If it’s in the way, it is the way’.

March 4
Mercury Rx enters Aquarius
Venus sextile Mercury
Venus enters Taurus
There is a cuspy feeling today. We are on (the) edge as Mercury and Venus meet, bow to one another and go their different ways. Astrological cusps are thresholds. We stand in the doorway and decide if we will enter. What might you see from a different perspective? How might you evaluate things in a new way? Shift happens.

March 8
Sun conjunct Neptune
Venus conjunct Uranus
Transmissions or infusions of soul into the world happen on many fronts, within and without us. What new thing would make a difference? What ancient, familiar longing puts you in touch with all longing, increasing the capacity for compassion? Avoid the longing for perfection which tends to cloud rather than illuminate.

March 9
Full Moon: 19 degrees Virgo: 1:47 PM EDT
Mercury stationery direct
In business world they do a thing called a 360 review. I believe it’s some kind of evaluation of a person’s performance by others. Any circle has 360 degrees. A horoscope is, of course a circle, a mandala, a constant 360 but not of performance. That’s only one aspect of the circle. If you were to sit at the mysterious center of the wheel of your life what might you see spinning around the periphery? To see and witness your life as if from the center of the circle is to see it from the perspective of the unknowable magic that powers all life. Today’s full moon (a time to be aware and celebrate what is, not what could be) combined with Mercury stationery direct (time to get on with your projects) reminds us that we are alive, pure and profoundly alive and that what we see, know, feel about our lives is and isn’t real.

March 11
Sun sextile Jupiter
The poet in her wisdom asks, ‘… what is it you plan to do with your one wild and precious life?’  She’s not asking what we will accomplish ultimately. The question is just the way it sounds, what will we do, what are we doing, why do we bother? No matter what you are doing, this is your one precious life, the here and  now of it.

March 14
Mars sextile Neptune
Sun sextile Pluto
Life may be precious but it’s not meant to be kept in a jar. It’s meant to be used, to be lived. Where are the places you can make joyful effort no matter what your circumstances? Reach into the cauldron of possibility, like a grab bag at a birthday party. What will you do with your gift?

March 16
Mercury enters Pisces
When thinking meets feeling we really can know something but when thinking gets hijacked by our worst fears we should run for cover. Better yet we might remind ourselves to breathe in and breathe out, which we are doing anyway.

March 19
Sun sextile Saturn
Today is the first day of the new season but not until the last day of the old one is finished. As it leaves Pisces the Sun will sextile Saturn which is in the last degree of Capricorn. These are liminal degrees; threshold degrees. Magical places which exist after the end and before the beginning. Places akin to the gap between inhaling and exhaling. Sweet spots for any and all transitions. 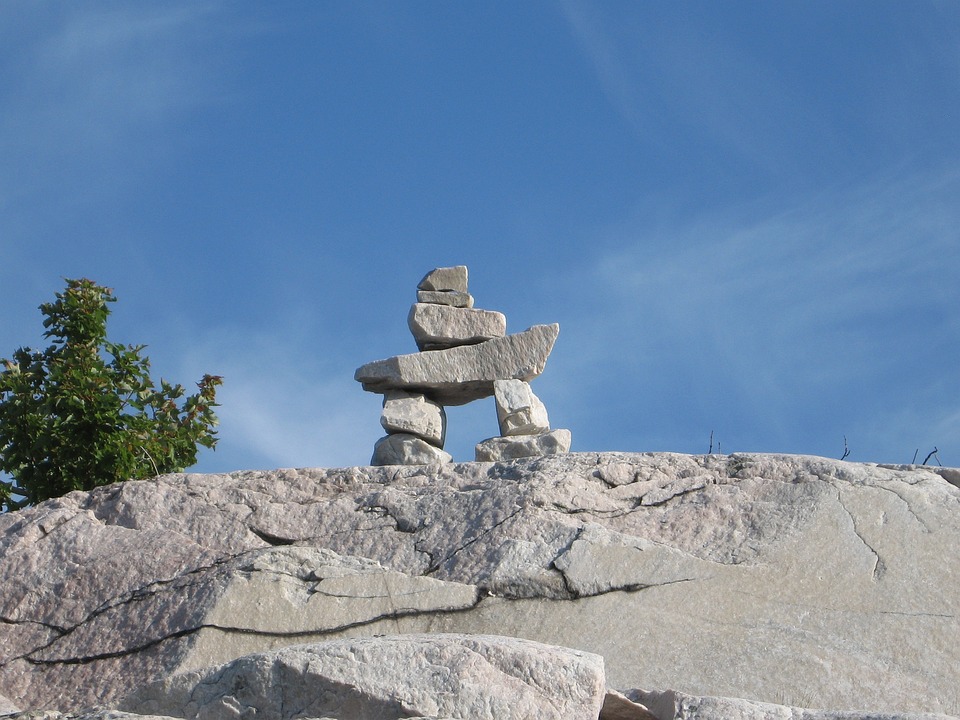 Written in the Stars: Real but not True?

Align Yourself for Mercury Retrograde